Spreading knowledge on fire prevention with my jungle friends

When massive forest fires swept Indonesia in 2015, I remember being assigned to a forest fire prevention programme. My main job was to design and run a campaign in communities that would educate them about the massive destruction caused by forest fires, deterring communities from slash-and-burn farming. This was not an easy job, but I definitely felt up for the challenge.

As we were going to teach a range of age groups, we knew we had to create different modules for children, young adults, and for elders in the communities. No matter the age group, we knew we wanted the activities to incorporate fun and critical thinking. In the end, we ran a workshop for young adults, and for younger children we came up with the idea of a story-telling based campaign.

Because of my experience in children’s education, I was appointed to be the writer of the story we were going to base the campaign on. That’s when I started creating the story ‘Rumbun and his Jungle Friends’.

To write a good story for children, I recalled my childhood memories.

When I was a kid, I loved my mother or my grandmother reading me stories. A simple story became more fascinating when they read it with good intonations and expressions. I remember being even happier if they gave me a quiz or they developed the story into a fun game afterwards. These would make me remember the story well and help me to re-tell the story accurately. These points quickly became things I took into consideration when writing and telling the story.

Due to the urgency of the campaign, I finished writing the story in one week. At that time the story was in the form of power point slides as it would be easy for us to present it in front of children.

We initially named the story “Alo and Jungle Friends”, and it told the story of Alo, a village boy, and his friends namely Ela (a girl), Ruru (stands for Rusa/deer), and Bubu (stands for Burung/bird) who work together to keep their village safe and free from forest fires. We kept the plot simple so that it could be well understood and memorable.

We also inserted some games in the story to challenge the children’s ability to solve problems. Children love games – so we put the key messages in the games. Even now, it is one of the most effective campaign strategies as the games have become instant favourites among the children.

We started the campaign in Ketapang, West Kalimantan and Jambi in 2016 and worked with our Masyarakat Siaga Api members. These are volunteers from the community who are at the frontline to prevent and mitigate fires in their village.

The children were so enthusiastic to follow the activity they even could perfectly re-tell the story from beginning to end. Most importantly, they became more aware of their surroundings and environment. They committed to protecting their areas and preventing forest fires by reminding their families not to use slash-and-burn methods in clearing lands, not to throw cigarette butts away carelessly, not to burn food waste and paper, and not to play with lighters or other flammables near the forest.

The campaign drew a lot of attention and the response was very positive.

Having run the school campaigns since 2016, we decided to convert these slides into a hardcopy book in 2019. This was so that we could share the message with more communities – not just with the ones around our plantations.

It has taken more than eight months to finally get this book published. Together with the Fire Prevention and Response team and the Group Corporate Communications team, we made some adjustments and revisions, mainly to the characters.

Alo (boy), Ela (girl), Ruru (deer) and Bubu (bird) were transformed to Rumbun (boy), Hayati (girl), Burhan (owl) and Wanara (monkey). We changed them because we wanted names and figures of characters to be closely related to nature and the local heritage.

Rumbun means broadminded – he represents a boy who loves adventure and is curious about things. Hayati means life – she represents a girl with big spirit. Meanwhile, Burhan means lights – he represents a wise owl. And Wanara in Javanese language means monkey – he is active and cheerful.

We hope Rumbun and his Jungle Friends can be on top of children’s reading lists, to increase their understanding that forest fires can be avoided. We have seen how effective it is in helping children take more initiative in protecting their environment from forest fires. Children are the future, and educating them about this important subject will help us ensure a fire-free future for them, and their children. 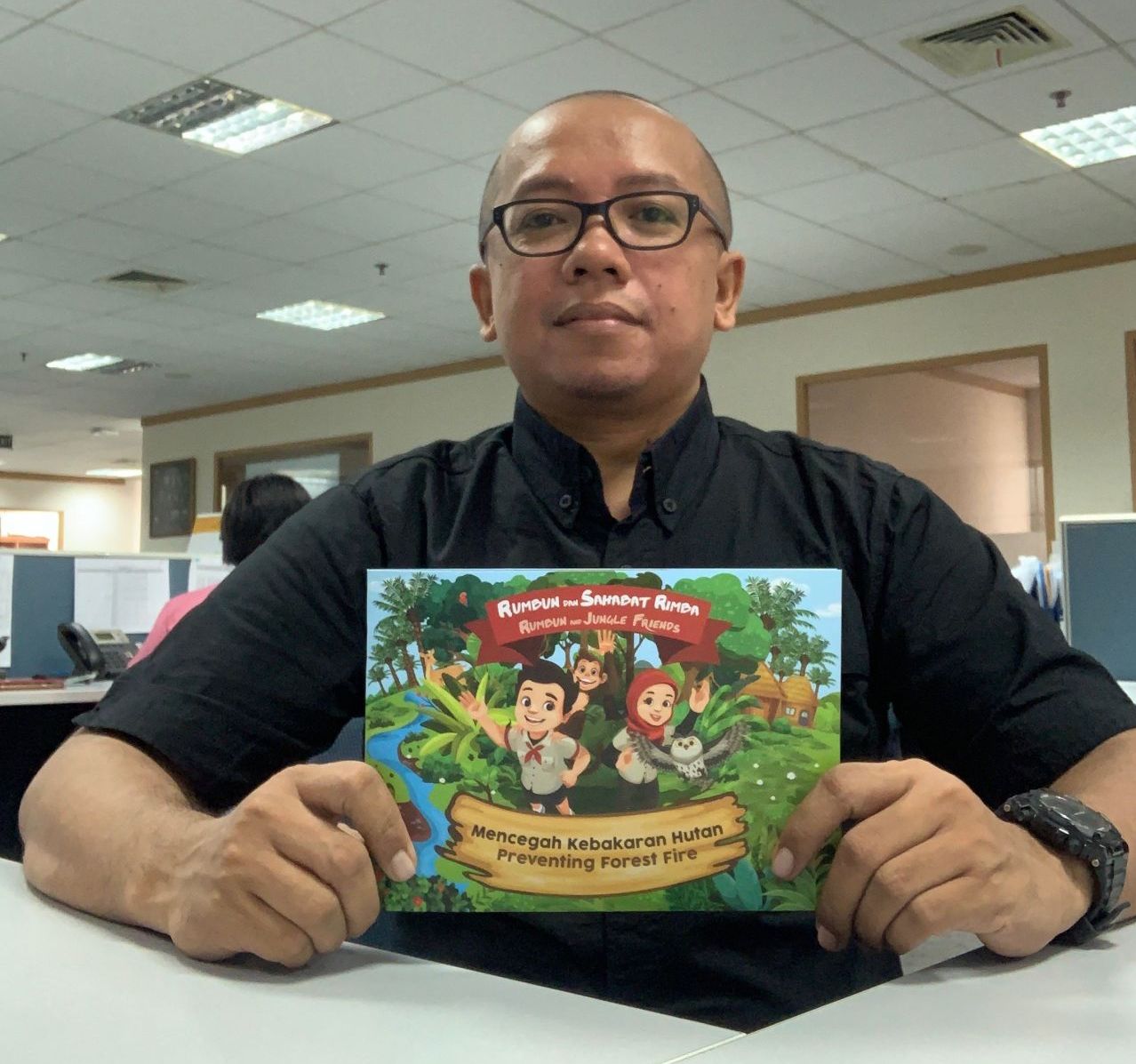 Donni Indra is a CSR officer. He joined Sinar Mas Agribusiness and Food in 2015. He was born in Payakumbuh, West Sumatra on 1 June 1977. He graduated from Andalas Univeristy in Padang with a degree in literature. He loves travelling and spending his spare time doing education activities with communities. 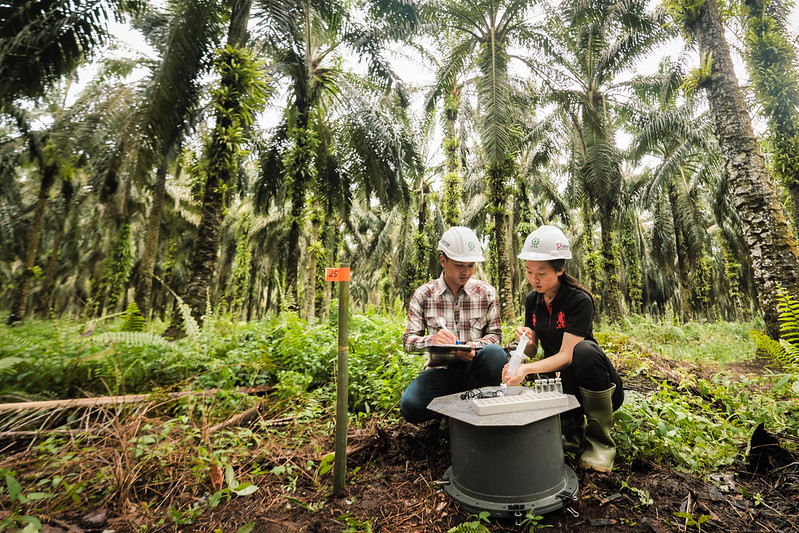 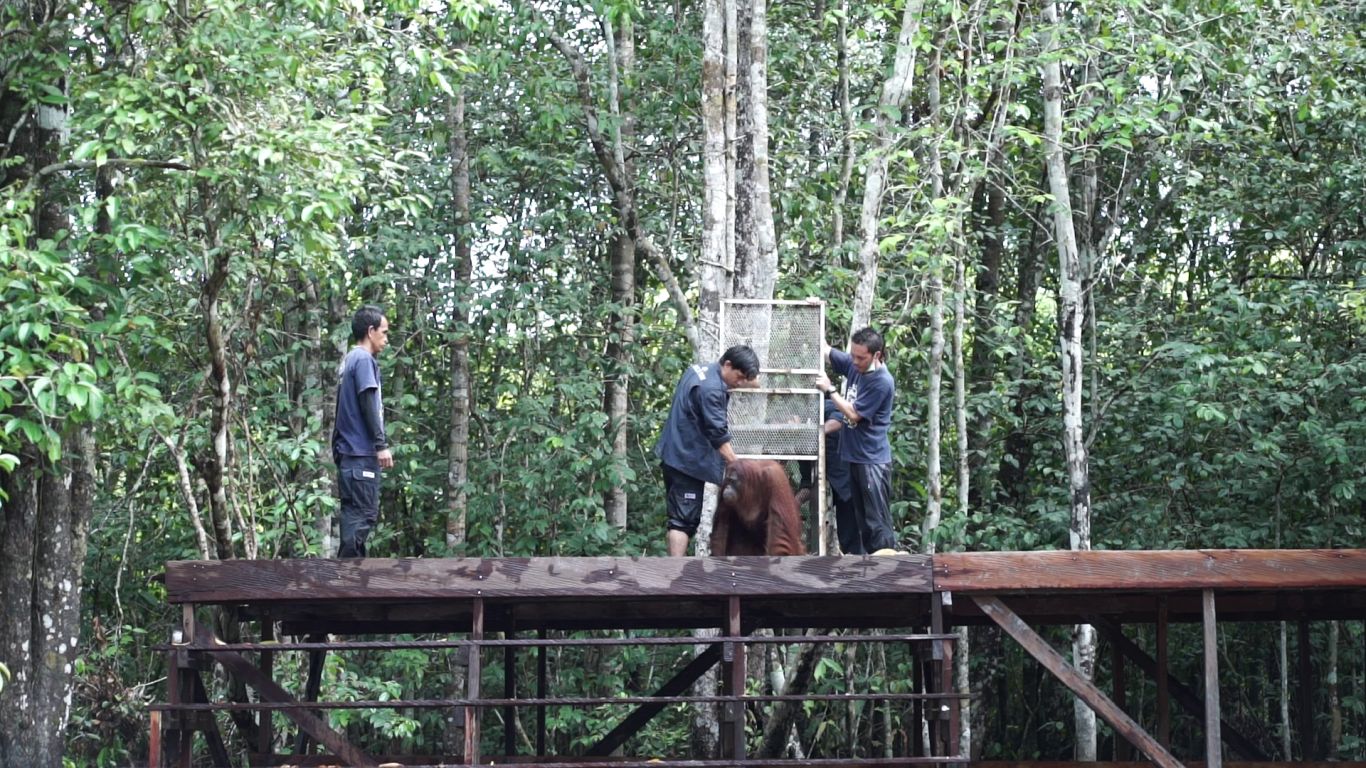