Home » Newsroom » Blog » A glimpse inside the palm oil industry: What I learnt from working at GAR

A glimpse inside the palm oil industry: What I learnt from working at GAR

“NGOs often criticise us but when asked for clarification, often they refuse to give us data. If NGOs were to make the allegations, we hope they can come with the facts, talk to us and let us make a proper investigation to address the issue. We don’t always know what’s happening.” These were the words of a company executive during a heated Q&A session at the 5th Singapore Dialogue on Sustainable World Resources. As an intern at Golden Agri-Resources (GAR), I had the chance to participate in this dialogue, which discussed the future of the agricultural sector and in particular, the palm oil industry – a controversial one that has been targeted by NGOs for nearly two decades. The event turned out to be very educational for me.

As a matter of fact, during my two months at GAR in the Corporate Communications and Sustainability Relations department, I have learnt facts about palm oil that surprised me. I remember throughout my years of pre-tertiary education, we had memorised the planting of palm oil as a cash crop that exploited poor rural farmers whilst inflating the wallets of capital owners. Big corporations in the palm oil sector are portrayed as wicked, exploitative, and the ones to blame for the poverty in rural areas. However, things started to look quite different as I crossed to the other side – working for a team that responds to the incessant public criticism and tries to educate people about the little-known facts of palm oil.

Of the few things I remember from geography lessons about oil palm, is that as a cash crop with a higher profit margin, oil palm takes up space for subsistence farming and therefore undercuts the food supply of rural farmers, plunging them into a more miserable state than before. The facts from doing my research here, however, show this isn’t the case. In one of the research papers I read, results show districts that converted more of their land to oil palm plantations in the 2000s have achieved more rapid poverty reduction than districts of similar initial poverty levels and per capita incomes in the same region. This suggests that oil palm is on average a better use of rural land for poverty alleviation (Edwards, 2016).

More significantly, oil palm expansion has shown a positive correlation with the reduction in poverty depth, which means, it isn’t just people near the poverty line being lifted above, but also the people way further down the income distribution. So, decreases in both the rate and depth of poverty confirm that benefits from oil palm expansion tend to reach the average person living below the poverty line. That is to say, the planting of oil palm, far from exploiting farmers, in fact helps many earn a much higher income than before, and with this income they can live better-quality lives. The same research suggests that at least 1.3 million people were lifted from poverty over the 2000s owing to the growth in the oil palm sector – that is almost a quarter of the population of Singapore.

Indeed, as I learnt more about GAR’s programmes and initiatives to help smallholder farmers and their communities in various aspects, I was impressed by how comprehensive and effective they were, to the point where I now have doubts as to why there is so much criticism of big palm oil companies. Perhaps companies like GAR have been misunderstood to a certain extent. I was quite amazed to find that besides providing farmers in rural areas with better-quality seeds for them to produce higher yield and giving them training to farm sustainably, GAR has also built schools for farmers’ children, employed teachers to teach them, established 24-hour clinics near plantation fields so that the sick can get timely treatment. It even opened childcare centres so that mothers of young children can have a chance to pursue work. Truth be told, with all these initiatives, GAR seems more like a charity than an exploitative corporation to me.

Another common criticism that the palm oil industry faces is how it destroys the environment and biodiversity through deforestation. However, I now know that GAR is working hard and making progress in this respect. The company has a comprehensive GAR Social and Environmental Policy (GSEP) which covers policies and principles regarding farmers and their communities, as well as environmental protection. GAR practices a zero-burning policy, focusing instead on yield improvement to increase production. As for biodiversity, GAR has collaborated with the Orangutan Foundation International to rehabilitate and release back to nature 100 wild-born ex-captive orangutans by 2017.

All that I have seen in these two short months have challenged my impression of the palm oil industry and big palm oil companies. I realized I had never made an effort to know the facts before, and I simply took whatever I heard as the reality.

Maybe many are like me – we have a vague impression from a past conversation that palm oil producers are evil, and we tell these stories to others when the topic comes up, forming stereotypes. Perhaps a better way is to always be cautious about what people tell you, and find out what the facts really are before forming an opinion on it – definitely a learning point for myself. That being said, I am also not praising big palm oil companies like GAR as saviours of poor farmers. In fact, I feel that there is no black-and-white answer. The whole industry is big and complicated, and every move has implications, good and bad. So, instead of fault-finding and trying to pin down a bad guy, a more rational approach would be to look at how the industry balances out its boon and bane.

Overall, these two months have been a wonderful learning journey for me. As I end my internship, I take with me new skills, friendship, reflections and fond memories. Now, here is me signing off, with a big grin and many happy thoughts. [Editor’s note: It was great to have you with us Chenyan, you taught us how important it is to reach out to students to share more balanced information about the industry. Good luck!] 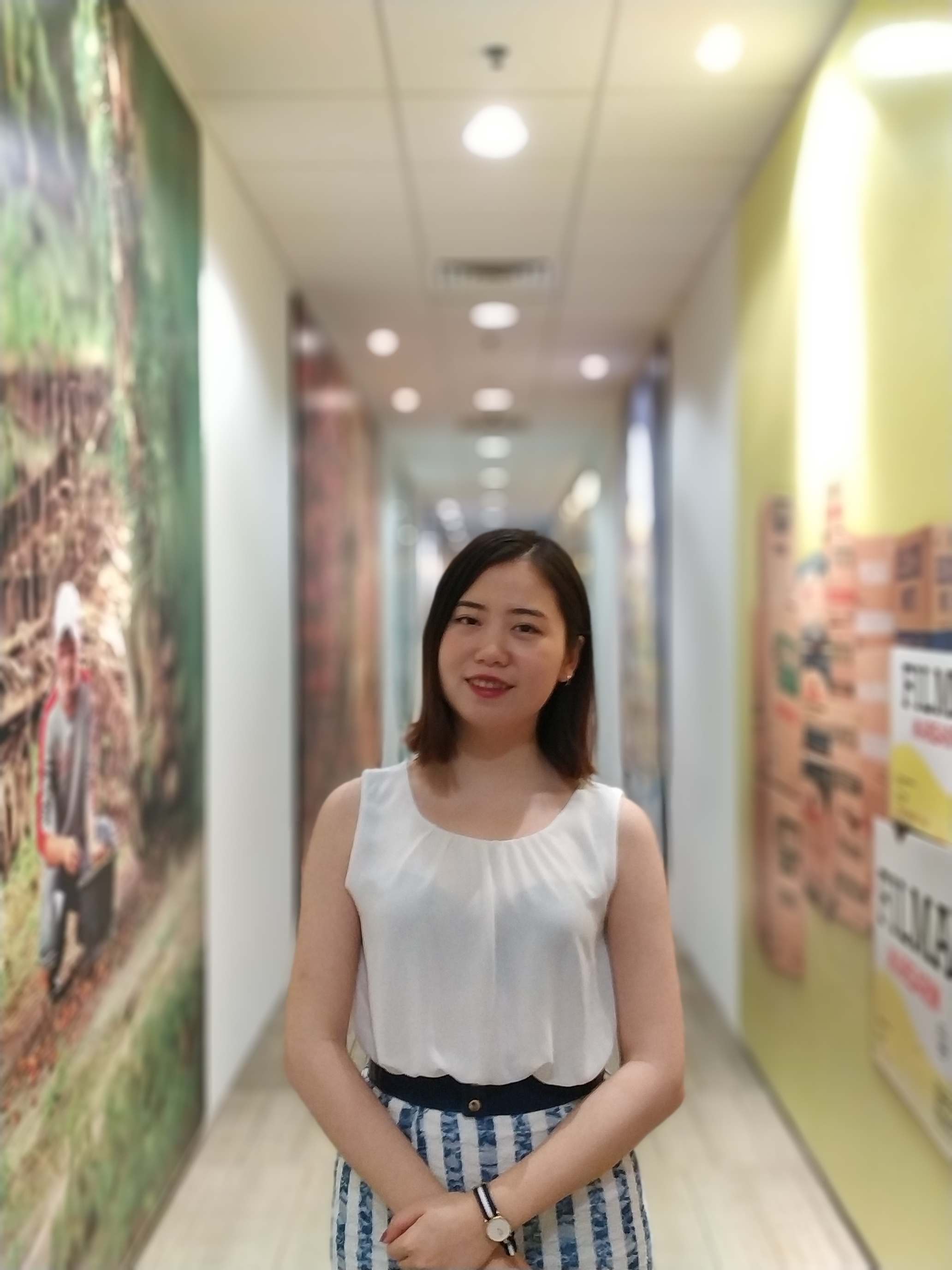 In photos: Fire-fighting training around our concessions

Shifting gears for the new normal